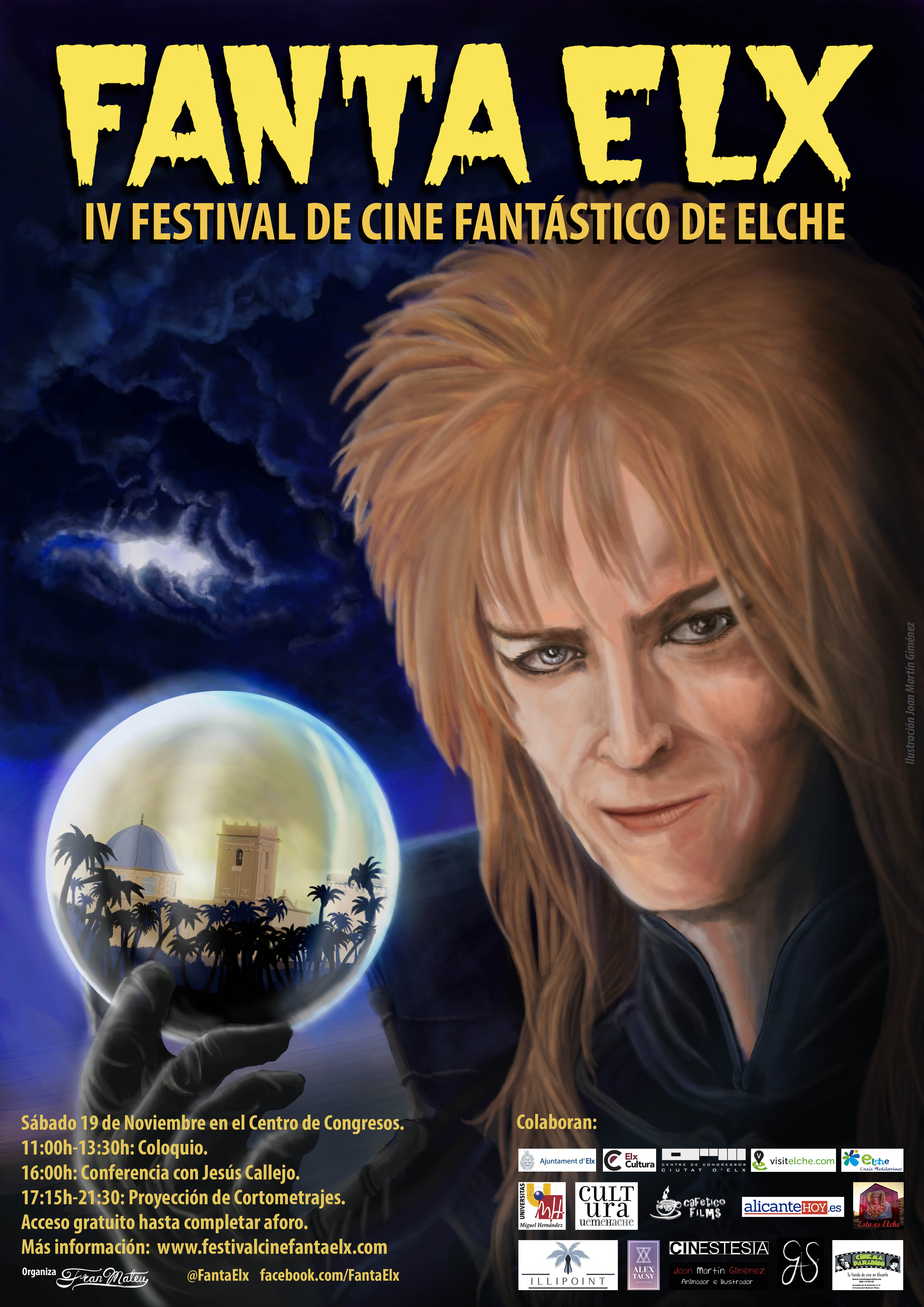 In its fourth edition, Elche International Fantastic Film Festival – FANTAELX celebrated the thirtieth anniversary of the film “Labyrinth”, by Jim Henson, with the assistance of the writer and researcher Jesús Callejo, who gave the commemorative conference “The elongated shadow of the elves”.

As complementary activities, a new edition of the colloquium “The Fantastic Panorama in Alicante” was carried out, in which eight projects, contextualized within the fantastic genre, were presented.

Conducted by the actor Fran Palacios.

Commemorative conference given by Jesús Callejo.

Bachelor of Law, researcher, writer, and the director of the radio program of historical disclosure, travel, and mystery “La escóbula de la brújula”.