In 2021, Elche International Fantastic Film Festival – FANTAELX begins its collaboration with the Elche Paleontological Museum (MUPE) with the aim of carrying out activities that highlight the cultural and social bond between both organizations in the city. An axis of action that, as in other collaborations established by the festival (with the UMH, with the Department of Culture, etc.), seeks to generate a fabric of action between the event itself and the different cultural spaces and environments of the city.

On the occasion of this first FANTAELX–MUPE collaboration, the festival also inaugurates a new section dedicated to the screening and competition of Fake Trailers. An audiovisual microformat that, like a commercial spot, simulates the future premiere of a film, playing with its genres, its narratives, and the cliches of the cinematographic field.

The inaugural Fake Trailer of this new section has also been made by students of the Double Degree in Audiovisual Communication and Journalism of the Miguel Hernández University. A project filmed entirely at the Elche Paleontological Museum (MUPE) and, subsequently, produced at the UMH installations, the purpose of which also aims to promote the development of practices from the university environment through other educational and cultural agents. 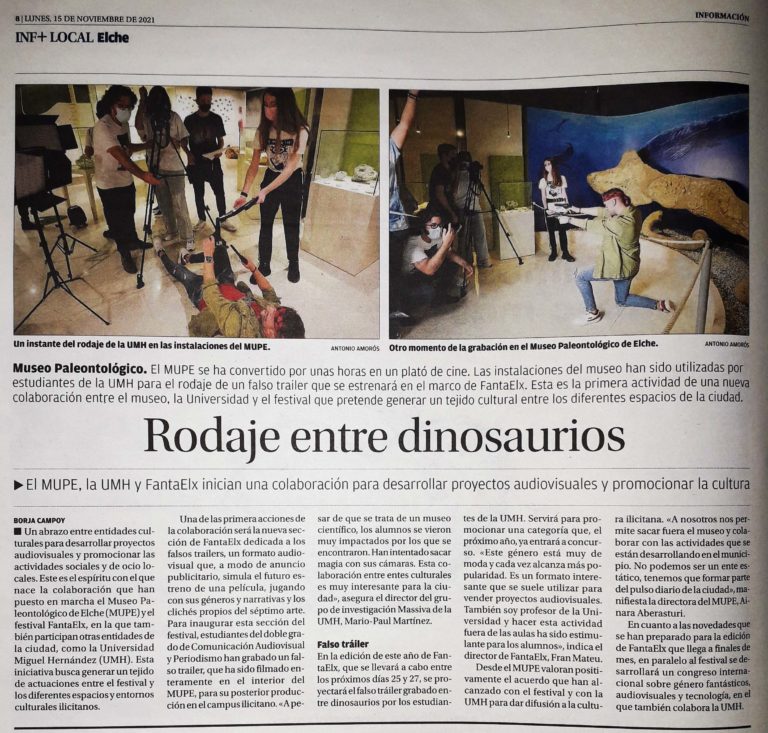